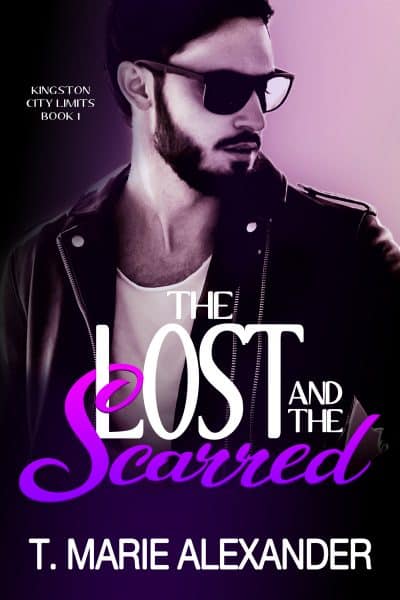 The Lost and the Scarred (Kingston City Limits Book 1)

Nothing stays a secret for long in Kingston. And there is no moving on. Three years ago, I stole something I shouldn’t have and left a broken heart behind. I wanted her to suffer. I wanted to bathe in her pain. Now I’m home, and I’ll do anything to right my wrongs.

She was searching for Neverland; he was seeking revenge.

Too bad destiny has a way of killing plans.

When I was six, Wran Belmont found me buried in snow and gave me a place to live.

He became my best friend.

When I was fifteen, I gave him all of me—only for him to abandon me.

Now, he’s back and expecting the lost, scarred girl he’s left behind. I’m not that girl anymore. And while I may still have secrets, it will not be as easy for him to retrieve them this time around.

When I was eleven, my father lost his job and became a pathetic excuse for a father. A few months later I found Roxanna Raine buried in snow, barely hanging on to life.

Her father was the reason mine was an alcoholic, and I thought about letting her freeze to death.

One look in her eyes and she became my kryptonite. I swore I would get my revenge, though, even if it was on the fair-skinned beauty.

When I was nineteen, I left Rox without an explanation—broken-hearted and even more lost.

Now, I’m back and I’ll do anything to make up for the stolen time.