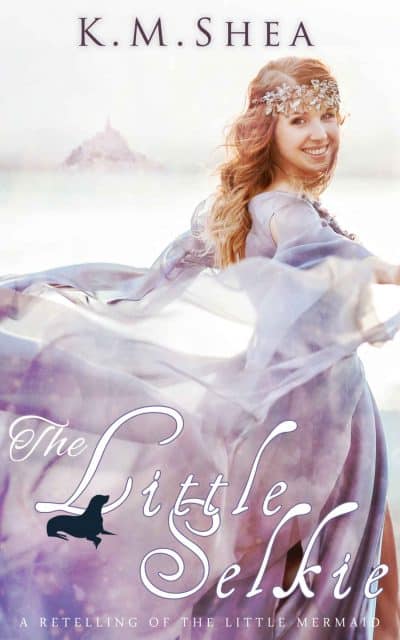 The Little Selkie: A Retelling of the Little Mermaid (Timeless Fairy Tales Book 5)

The Little Selkie is a retelling of The Little Mermaid. It is a story of distrust, friendship, and unexpected love.

Dylan, a selkie, makes a terrible mistake when she brashly chases an evil sea witch onto land. Captured and stripped of her pelt—leaving her unable to return to the sea in her sea lion body—Dylan’s only chance of survival is to serve as the sea witch’s tool. Instead of allowing the sea witch to use her selkie ability to control water, Dylan asks a wandering enchantress to seal her voice, rendering her unable to use her selkie magic. Stranded without allies and no way to contact her family, Dylan fears she will never successfully steal her pelt back.

Luckily, Dylan is not alone. She is befriended by Prince Callan, a kind, human prince whose country is being pulverized by the sea witch. Combining the strength of humans and the intelligence of the selkies, the pair unites to save their people.

But when the storm is over will Dylan choose to stay with Callan, or return to the sea and leave him behind . . . forever?

The Little Selkie is a retelling of The Little Mermaid. It is a story of distrust, friendship, and unexpected love, and it is part of the Amazon best selling series, Timeless Fairy Tales. The books in this series take place in the same world and can be read all together, or as individual, stand-alone stories. If you enjoy strong female leads, selkies, and sweet romance, download a sample or buy The Little Selkie today!