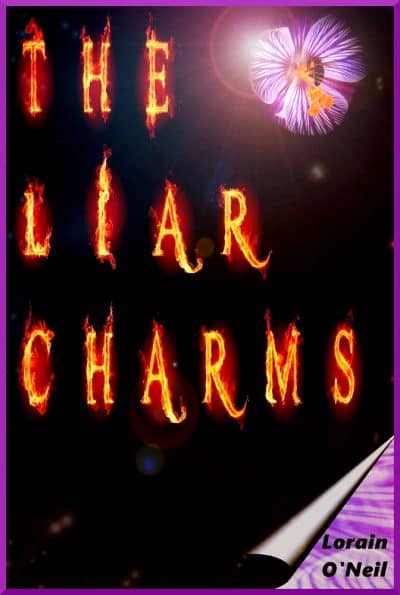 Remy is kidnapped for her genetic talent as a Liar Charm, but she is not interested in forced servitude. If she’s careful, maybe she can land the whole lot kidnappers smack in the Hudson!

Remy has just graduated college and . . . been kidnapped! Sent to auction. And she doesn’t have the vaguest idea why.

But intractable businessman Isaiah Grommet knows why, knows what he’s purchased, knows what Remy was bred for, knows what she is: a Liar Charm. Remy and her newfound little genetic talent will be invaluable to Isaiah’s billionaire empire—voluntary or not.

Awakening in a locked room in New York City with other bewildered young women, Remy is thunderstruck when informed by Isaiah what her new future is: after the requisite training from Pakken, Inc., Remy will be working for him. Or, she can face the wrath (not to mention the executioner!) of Pakken itself, an old and powerful company of very patriarchal men siring very special daughters for very special remuneration they are NOT about to give up.

But one Pakken father has had enough—and he’s secretly doing something about it. Another one is too, but in a decidedly lethal direction. And Remy? Remy has a whopping big secret herself, one Pakken sure hasn’t bargained for.

’Cause when it comes to enslaved servitude, hipster Remy has some pretty intractable ideas of her own, creatively inventive ones, if you want to be charitable, or brain-bleached hilarious ones, if you want to be accurate. So if Remy can just turn her “screw you”s into “yessir”s instead of launching her barmiest blast of fake-the-funk evah, she MIGHT not only stay alive but land the whole Pakken lot of ’em smack in the Hudson!

Unfortunately, Remy has never managed a “yessir” in her life.