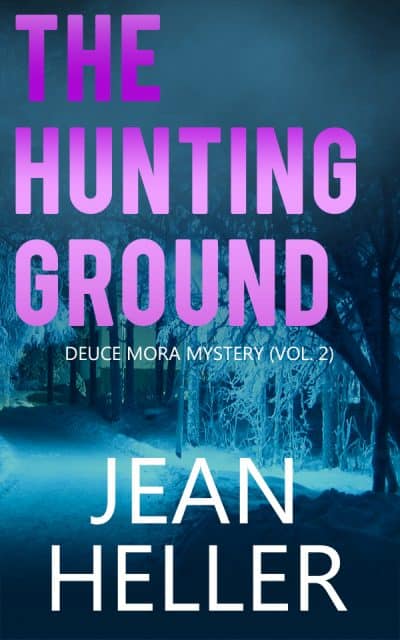 A hike on a beautiful fall day leads to the unearthing of a vast burial field, a human trafficking ring, and international intrigue and puts pull-no-punches journalist Deuce Mora on the wrong side of the NSA, the FBI, and the CIA—at a minimum.

The grisly discovery of a human bone while Deuce is out for a hike with handsome arson investigator Mark Hearst leads to the unearthing of a vast burial field, a human trafficking ring, and international intrigue. The pull-no-punches columnist—and meticulous detective—keeps turning up information, bit by bit, only to find some Fed in her face, at her door, emerging from the shadows, always guarding the edges of the story, insisting it will not be told. Yes, the Feds are aware of the trafficking ring; yes, they have a plan to move on it; no, Deuce can’t be told about the plan; and under no circumstances can she write about its existence.

This is the story of a lifetime—bigger than the Vinnie Colangelo story, which earned Deuce and the Journal a Pulitzer, and, for once, she has the support of her editor, but the Journal’s lawyer appears daily, bringing warnings about “national security.” What, Deuce seethes, could be a greater matter of national security than the safety of the city’s children, who are being kidnapped and murdered?

And this story has become very personal for Deuce, as she herself admits, lamenting her loss of objectivity. The hard-hitting journalist has fallen hard for a new guy: a savvy and charming eight-year-old boy named Charles with the face of an angel and the possibility of a bright future, but at great risk due to a life in foster care.

The case races to an outrageous surprise ending that seems shockingly . . . plausible, and Deuce learns first-hand the lesson that sometimes the only way to accomplish a great good is to commit unthinkable evil, and then learn to live with the consequences. Author Heller does a masterful job of expanding the story—and her canvas—from a simple murder mystery to an ever-widening crime thriller, and finally to an international conspiracy.