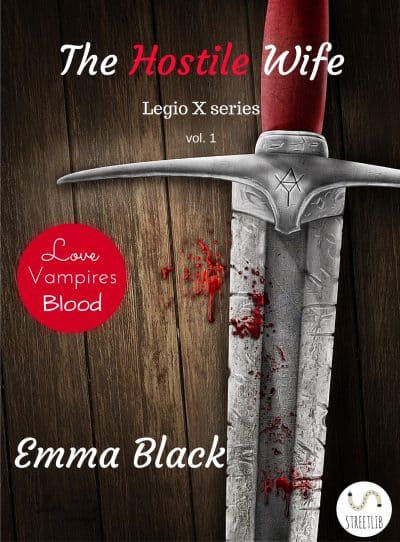 When Alice meets Bill, she wants him so much, she spends the night with him, no strings attached. But he’s not who he claims to be. He’s not even human, but a vampire, and Alice finds herself bound to him, torn between desire for him and resentment toward their bond.

Alice Cooper is a young, ordinary woman, very quiet and still a virgin.

Her life changes drastically when her friends drag her to a dark party where she meets Bill, a mysterious, charming man. Lust and passion explode between them and Alice wants him so much, she accepts spending the night with him, no strings attached.

Too bad destiny has other ideas.

He’s not who he claims to be. His name is not Bill, but Tom Fabius Buteo, and he’s not even human, but a two-thousand-year old vampire. He was also one of the most loyal soldier of emperor Julius Caesar and still is the Centurion of legendary Legio X. Forcefully thrown into a world she thought was only imaginary, Alice will find herself bound to Tom’s body, soul and mind, torn between the burning desire for him and her deep resentment toward their unwanted bond.

Painful experiences and terrifying discoveries will teach her that she cannot turn back to her old life and, most of all, she doesn’t want it anymore.

She will prove to everyone she’s not just a gracious, helpless flower, but a proud, strong warrior.