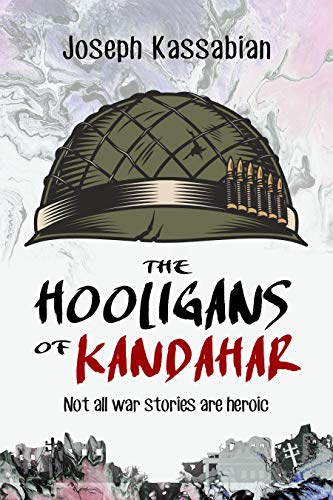 The Hooligans of Kandahar: Not All War Stories Are Heroic

During the peak of the Afghanistan War, a group of soldiers is dropped by helicopter into the remote mountains outside of Kandahar City. Mismanaged and overlooked by command, the squad must rely on each other to survive.

(1) All Ages
(1) Adult+
Click or tap each bar for details
Log in to submit or change your own rating.

During the peak of the Afghanistan War, a group of soldiers is dropped by helicopter into the remote mountains outside of Kandahar City. Mismanaged and overlooked by command, the squad must rely on each other to survive.

Their mission is to train and advise the Afghan National Police and help rebuild the country of Afghanistan. The Afghan Police station they are assigned to live in is falling apart and disease-ridden. Many of the police officers they are supposed to train are Taliban sleeper agents or the family of Taliban fighters. The ones that aren’t are often addicted to drugs, illiterate, or smuggling child slaves.

The squad is led by Slim, a Staff Sergeant in his late twenties who has so many mental issues, his insanity is his most dominant personality trait. An alcoholic with a penchant for violent outbursts against both his own soldiers and the Afghans, he is more comfortable at war than at home.

Joseph Kassabian is the youngest and most junior fire team leader in the squad. He’s charged with leading a team of soldiers not even old enough to drink. He himself is only 21 years old. As a combat veteran from previous deployments with four years in the Army, he assumes he has seen it all. But he has no idea how bad things can get in war-torn Kandahar.

In the birthplace of the Taliban, some men lose their lives, some lose their sanity, and others their humanity. They are The Hooligans.

Acclaimed for its humorous, grim, sardonic, yet honest recollection of the Afghanistan war, Hooligans of Kandahar is a Jarhead and The Hurt Locker meets I Hope They Serve Beer in Hell and Fear and Loathing in Las Vegas.