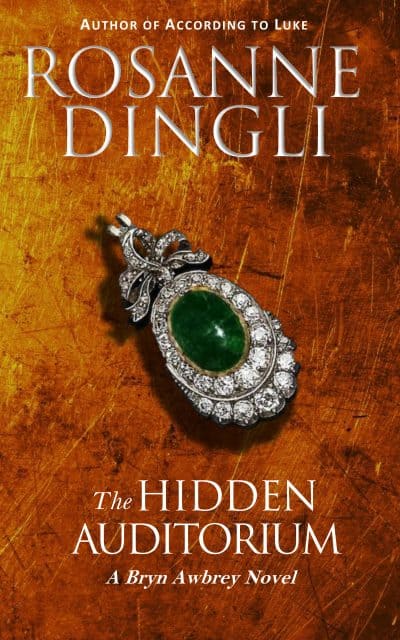 Antiques dealer Nic Manton is led to a valuable pendant which might solve all his financial problems. Its owner is an attractive but erratic woman who leads him from obstacle to obstacle. The chase takes them from Rome to Venice, and then to Malta, where everything becomes erratic and dangerous. If it isn’t Wagner’s skull, what is hidden in Venice? Two people could help—but will they? An eccentric professor and a grieving widow seem to make Nic’s job harder than it should be.

When Richard Wagner died in Venice in 1883, it was the end of a creative and tumultuous life. His family grieved, and the world lost a brilliant composer.

Nearly 130 years later, antiques dealer Nic Manton is led to a valuable pendant which might provide a solution to his precarious finances. With no idea of its meaning or provenance, he is mystified why the pendant creates such fear and confusion, and aggravates rather than solves his problems. Its apparent owner is beautiful but erratic. She leads him from Rome to Venice and then to Malta, on a chase that becomes more perplexing and dangerous than it has to be. Could it be that the dead composer’s skull is hidden in a Venetian palace? A melancholic widow and a brilliant but vague professor are willing to help with the mystery. But Manton doubts whether they can.

An exhilarating story of romance and historical intrigue, The Hidden Auditorium is a breathless but atmospheric journey that tantalizes devotees of classical music, pleases lovers of old jewelry, and intrigues fans of traditional mysteries. Staged in beautiful locations for which Rosanne Dingli’s work has become much sought-after, this is a novel of extraordinary power.