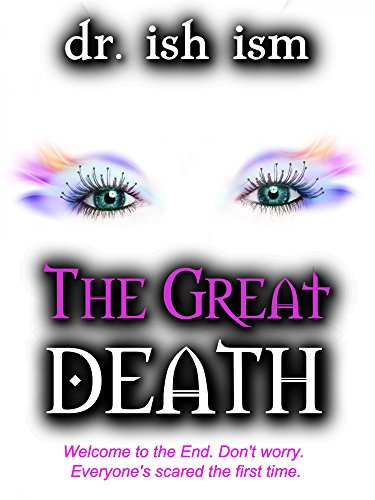 Living with her friends and adoptive human family, Phoh negotiates being an alien while trying to hide her supernatural gifts. Then the enigmatic Woman in White enters Phoh’s life—bringing a mission.

Eighteen-year-old Phoh Weaver was abandoned in the former United States as a baby. Now she lives with her adoptive tribe along the Great Michigan Desert. Living with her friends and adoptive human family, Phoh negotiates being an alien while trying to hide her supernatural gifts.

The enigmatic Woman in White enters Phoh’s life—bringing a mission. One task. But few tasks are as daunting as hunting—and stopping—the immortal world-killing monster known as the Great Death.

When the survival of Phoh’s tribe is put at risk, she is forced to step into a frightening new world of wealth, lies, and monsters—a new Earth where Shangri-La China is the center of government, finance, and power. “Are you afraid to die?” In Shangri-La, even death has lost its sting thanks to advances in medicine and technology.

Lurking behind it all is the mysterious destroyer of worlds called The Great Death.

With the survival of billions of people forced upon Phoh’s young shoulders, finding out what the Woman in White knows is crucial.