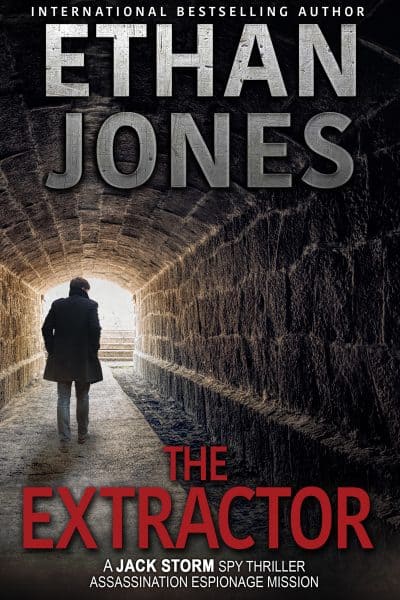 Devastated after his family disappeared in a mysterious plane crash, Jack Storm, ex-CIS extractor, is failing to keep it all together. When an asset is trapped in Tehran, CIS has no choice but to bring Jack back into service, assigning him a nearly-impossible mission . . .

Devastated after his wife and daughter disappeared in a mysterious plane crash, Jack Storm, former CIS extractor, is failing to keep it all together. When a crucial asset is trapped in Tehran, the agency has no choice but to bring their top agent Jack back into service. They assign him a nearly-impossible mission, knowing he’s a ticking time bomb . . .

Sent in with a know-it-all rookie, despondent Jack is relentlessly hunted at every turn. If he is caught, he’ll be hanged. But does Jack even care?

Double-crossed, alone, and with the clock ticking, Jack, now more furious than hopeless, focuses his rage. But what does he have left to sacrifice to ensure the asset makes it out alive?