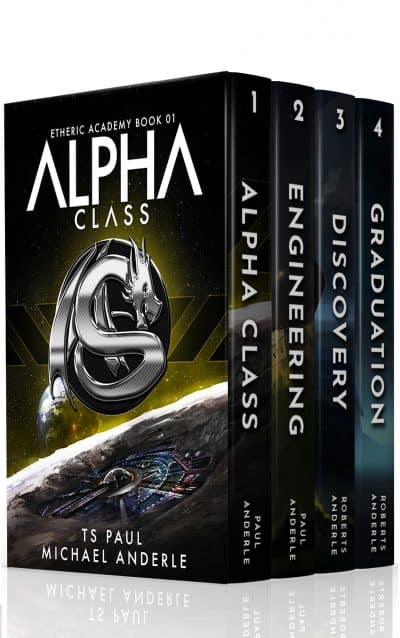 Building a New Empire is supposed to be dangerous, but training the next generation of leaders? Over 340 reviews on the individual books!

Building a New Empire is supposed to be dangerous, but training the next generation of leaders?

That’s not supposed to be dangerous, right?

Get the complete Etheric Academy story in this boxed set at a discounted price.

Follow us as the people in the Etheric Empire set up a special academy to train the first set of teens on a leadership track. They are supposed to learn about the different groups in the Etheric Empire and areas (including R&D, Weapons, Operations and others). Unfortunately, some of the members of those teaching teams tapped to train the kids don’t realize how . . . adventurous . . . the teens can be. Especially if the teachers are Team BMW.

Travel with us as we are introduced to Alpha Class, one of the teams in the new Etheric Academy, as they merge human’s and Wechselbalg (Were’s) in a group of five young adults as they learn to become the first cohesive group on their first assignment. With Team BMW as their teachers, nothing could go wrong, right?