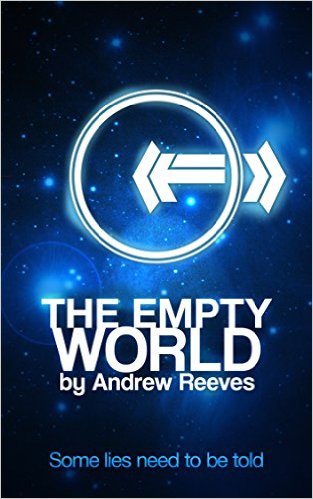 One day this world will end – and when it does, there will be another. A new world, created by Man . . .

Fourteen-year-old Danny Ringrose’s parents vanished without trace a year ago. His father, the famous scientist, ridiculed for repeated attempts at cloning stones. For three years Danny has watched the mysterious building site next to his house, with its single pit hidden by a ring of cabins. Yet Danny can see the pit from his bedroom window, and he has watched the strange machinery being delivered to it, never to return, and the sombre scientist who occasionally pokes his head out, wanting nothing more than to remain unnoticed. Danny knows there is something important happening right beneath his town . . . beneath his house! Could it be connected to his parents’ disappearance?

Intrigued by the cryptic comments of Rasmus Creece, a feared stand-in teacher at Danny’s school who seems to know more about the building site–and what lies beneath it—than he is telling, Danny takes it upon himself to investigate . . . and stumbles into a hidden facility right beneath the site, where a team of renegade scientists headed by Danny’s father have succeeded in not only cloning a single stone, but in creating Segnimedia, a carbon copy of Planet Earth, a planned new home for all Mankind reachable only through a terrifying transmitter known as the Smash-Hypo’.

But Danny’s father is nowhere to be found, and it soon becomes apparent that enemies are striving to bring the Project down, to utilize his father’s discoveries for a darker purpose, one which threatens the future of humanity.

Only Danny can fight the evil on the Empty World . . .