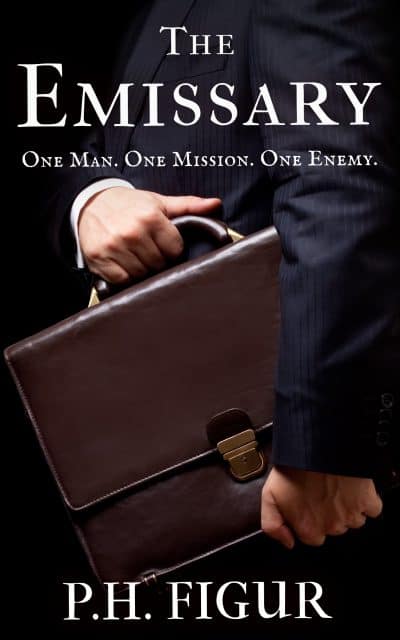 The Emissary: One Man. One Mission. One Enemy

Jason Kwan races across the country from Los Angeles to Washington, D.C. to hand-deliver China’s nuclear access codes to the Defense Intelligence Agency to prevent China from attacking Southeast Asia.

Jason Kwan boards a Boeing 777 in Singapore, weighing his future, but by the time the plane lands in Los Angeles, the only thing he’s weighing is the world on his shoulders. Jason leaves Singapore with mixed emotions. He is relieved to finally distance himself from a den of iniquity, where he became addicted to designer drugs and expensive bourbon. But at the same time, he is saddened to leave behind his parental responsibilities and a young girl carrying his love child. Unbeknownst to Jason, his personal issues will have to take a backseat. Because within a matter of hours, he would find out there would be something much more significant on those same shoulders.

Southeast Asia’s worst nightmare is coming true. China is on the verge of launching a nuclear attack to take over the entire region. Their only hope of survival lies in the hands of Jason Kwan, who leaves Singapore as a business consultant, but arrives home in Los Angeles as an international emissary. A Southeast Asia Commission, representing all the countries within the region, targeted Jason to give him an overwhelming responsibility—save Southeast Asia from being consumed by the Red Dragon.

Jason must race across the country from Los Angeles to Washington, D.C., and meet with delegates who have in their possession portions of China’s nuclear access codes. After the fifth and final delegate, Jason must hand-deliver all the codes to the Defense Intelligence Agency so they can thwart the attack. Along the way, Chinese Operatives try to kill him, and corrupt FBI agents attempt to stop him.

But Jason didn’t anticipate his most significant obstacle of all.

The inner demons that seek to destroy him.