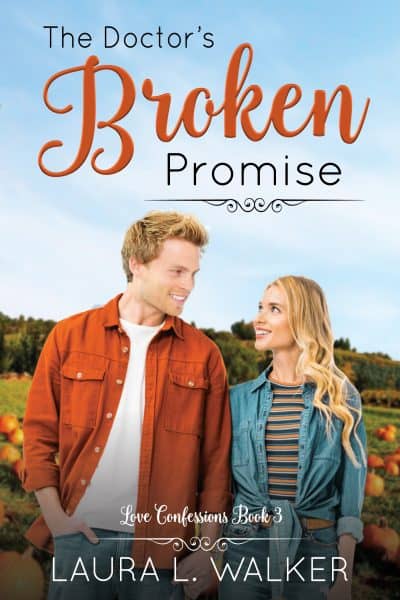 He's the reason everything fell apart for her. She's the only way to keep his family together. Will he be able to convince her to give him another chance?

After being fired from her job as a nanny, Tiffany Dover is back home in the small town of Woodland Crossing, Arizona again. But instead of feeling a sense of comfort and security, she's on edge for two reasons. One, the people in town remember her as being "the fat kid." And two, she keeps running into Reid Winghardt, the man who broke her heart. Ignoring him is the only way she can protect it. But how can she do that when he needs her help?

Reid Winghardt regrets breaking the promise he made to his buddy's sister a long time ago. What she doesn't know is that at the time, he was in a bind. And later, when he thought he had a chance to apologize to her, he bungled things again. But only because she'd needed to be rescued. He'd rather eat mud than admit his grievous mistakes to her, however. Besides, he's got more pressing matters to attend to. Not only is he trying to adjust to his job as the town's newest doctor, but his sister and brother-in-law are on the brink of divorce, and he's caught in the middle. When an opportunity comes to put together a fall festival, teaming up with them seems like the perfect solution. The only problem is he also needs Tiffany's help—and not just for manual labor. He and Tiffany need to show a united front. If they can pull it off, his sister and brother-in-law might be able to rekindle their flame.

But what will happen when Reid and Tiffany begin to realize they still have feelings for each other? Will Reid be able to keep the new promise he's made to her, or will they both get hurt again?

The Doctor’s Broken Promise is book 3 in Laura L. Walker’s Love Confessions Christian romance series, but it can also be read as a standalone. Feel the joy as each couple confesses their love to each other in special ways.