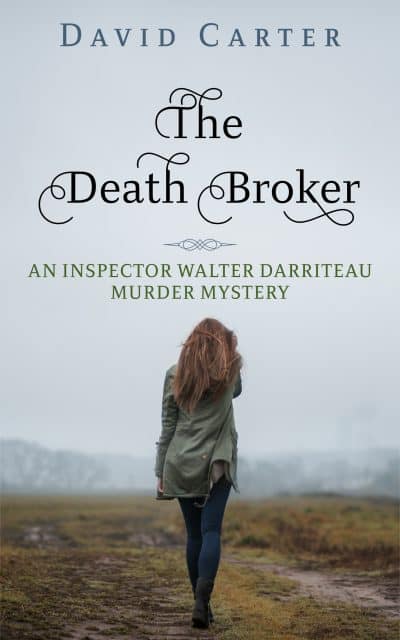 This is a short book in the Inspector Walter Darriteau Murder Mystery series. Set in and around the ancient city of Chester in north-west England “The Death Broker” follows the case of seventeen-year-old Rhiannon Reece who goes missing without any warning.

Soon to be eighteen, Rhiannon Reece lives with her grandparents. Her mother was killed when she was just one, and her father, unable to cope with events, fled to Australia, never to be seen or heard of again.

One morning, Rhiannon ostensibly sets off for school, but she doesn’t arrive, and worse still, in the evening she doesn’t come home. Her grandparents are distraught. Where is Rhiannon? She did not attend school, and she’s not with her friends or her boyfriend.

Frantic with worry, they ring the central Chester police station where Inspector Walter Darriteau and his team field the call. Within minutes they are on the case if indeed there is a case to investigate, but already Walter has bad vibes. Something isn’t right, and his thirty-five years of experience tells him things are about to get a whole lot worse.

Join Walter and the team in the desperate search for Rhiannon Reece.