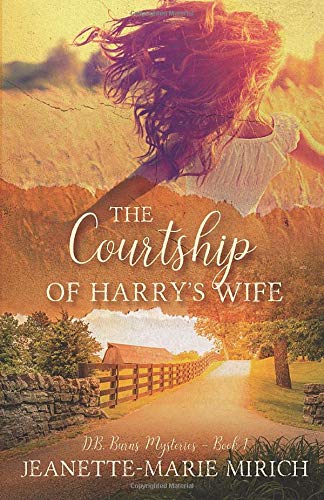 The Courtship of Harry’s Wife (D. B. Burns Mysteries Book 1)

I shouldn’t have made the promise when Harry was dying but . . . Delilah Morgan, a woman of honor, is unable to ignore her promise to her husband, Harry, which leads to trouble, with a capital T.

I shouldn’t have made the promise when Harry was dying but . . .

You know how it is. You want to please when the person you’ve always loved is hooked up to plastic tubing looking peaky.

Delilah Morgan, a woman of honor, is unable to ignore her promise to her husband, Harry, which leads to trouble, with a capital T. The beautiful, unassuming Delilah plans to mourn in private after Harry passed, but he had other ideas—specifically, leaving his wife in good hands and protected from the elite of their small Kentucky town. However, he neglects to include his wife in his plans.

Harry has selected local judge Lyle Henderson, the heart-throb of most of the women in town, to court his widow. The judge acquiesces to Harry’s wishes until Henderson’s life spins into a maelstrom after the discovery of bodies in his long absent wife’s car. The police and FBI begin to suspect him of murdering his wife and her apparent lover.

Determined to clear the judge of murder, Delilah resolves to hunt down the true story. Their adventure nearly costs them their lives and leads them on what Delilah suspects is a wild-goose chase toward love. In reality, their wanderings reveal what sacrificial love can encompass.