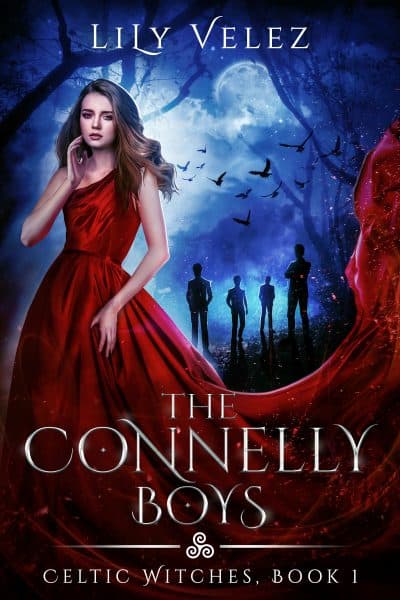 When demons start hunting her down, she’ll have to turn to the most popular boy in school for help. There’s just one problem: he’s cursed. Witches, magic, mystery, and adventure come together in this addictive new dark fantasy you won’t be able to put down!

When 17-year-old Scarlet Monroe arrives to the sleepy seaport town of Rosalyn Bay, Ireland, the last thing she expects is to get tangled up in the dark and mysterious world of The Connelly Boys.

Popular, wealthy, and devastatingly beautiful, the four brothers have effortlessly cast a spell on just about everyone. Especially eldest brother Jack, the most breathtaking of the boys and the one to whom Scarlet feels inexplicably drawn.

There’s just one problem: Jack is cursed. At least that’s what the local superstitions and folklore say.

But when demons start hunting her down, Scarlet quickly realizes Jack Connelly, cursed or not, may be the only one who can help her.

Especially when she discovers the truth of who and what she really is . . . and how she might be all that stands between an ancient evil and the fate of everyone she loves.

Don’t miss this first installment in the new bestselling fantasy series by Lily Velez, which features Irish folklore and mythology, page-turning action and adventure, and a dazzling world of witches and magic that will keep you reading long into the night!