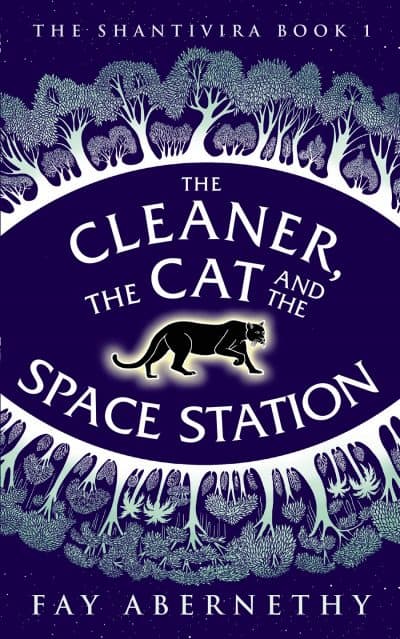 The Cleaner, the Cat and the Space Station (The Shantivira Book 1)

“Amazing . . . one of those you can’t put down” (Goodreads review). What if a secret alien space station orbited the Earth, protecting us from extra-terrestrial invasion? A heart-warming eco science fantasy adventure. “A charming and rewarding read” (Amazon US review).

What if a secret alien space station orbited the Earth, protecting us from extra-terrestrial invasion?

A heart-warming adventure featuring a sparklingly diverse cast and some shape-shifting space demons.

Nineteen-year-old orphan Hanna has survived the five years since she left Ethiopia for London by working illegally as a cleaner. But when tragedy strikes, her life almost comes to an abrupt end. Help arrives in a surprising form and Hanna is warmly welcomed into an unconventional new family: a school for human recruits to the Shantivira, the alien space station which secretly protects the Earth from extra-terrestrial invasion.

Lucy, an automotive engineer from the UK, is riding on Dartmoor when a strange being appears out of the mist and offers her the chance to train as a pilot on the Shantivira. Unnerved, Lucy’s instinct is to refuse. But then she is approached by representatives of an organization claiming the Shantivira’s motives are more sinister, and they persuade her to become their spy.

As Hanna and Lucy each discover more about the Shantivira and the aliens behind it, they must examine their loyalties and make the right decisions to protect their respective loved ones—and the Earth.

This imaginative blend of fantasy and science fiction explores the gap between our society in the twenty-first century and what it needs to become—if we want to still be here in the thirty-first century. A must-read for fans of Tolkien, Ursula Le Guin, Nnedi Okorafor, Douglas Adams, and Becky Chambers.