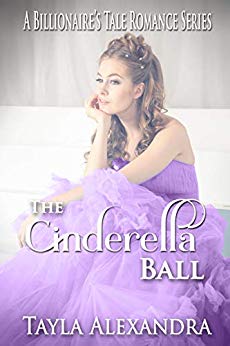 Stormy James is a captive of her family. Always the outcast, she spent her entire childhood being bossed around and mistreated by step-mother and step-sisters. Now as an adult, Stormy is stuck working for her step-mother, fighting for her freedom.

Zander Holloway is the next in line to attend The Cinderella Ball—an annual Billionaire auction held at a local hotel. Unlike his father and brother, he has no wish to be gawked at by hundreds of females, or bid upon like a slab of prime-cut steak.

When Stormy nearly runs him over with her cleaning cart, she rushes away, embarrassed. Unlike her step-sisters, she has no fairytale dreams of a prince riding in on a white horse to carry her off to his castle. She has plans of her own, and nothing can stop her from reaching them.

From the moment Zander sees her, he’s captivated. He’s determined to find out more about the hotel maid who so easily brushed him off. And more than that, he wants to know about the sadness held deep in her eyes.

Neither of them believe in fairytale romance, but one old woman is determined to make them see that The Cinderella Ball is truly magical.