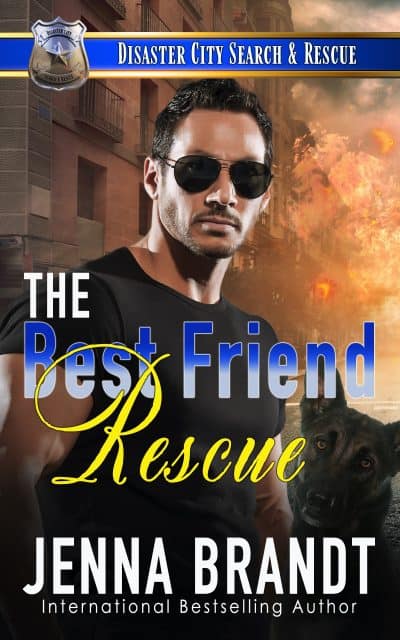 A former FBI K9 handler, his childhood best friend who’s now a state senator, and a series of bombs threatening to tear the state capital apart.

Amanda Winslow aspires to change the world through politics. She spent the past sixteen years working her way up to the position of state senator, no easy task for a low-income, born and bred Texan girl from the wrong side of the tracks.

Encouraging her along the way is her best friend, Jesse Dixon, who spent years traveling all over the country, first with the FBI, and then with the elite Disaster City Search and Rescue team, combating domestic terrorism. Since he’s been back in Texas, they get together whenever they can, taking turns driving the three hours between them. Amanda sometimes wonders if there could be more than simple friendship, but she knows neither of them have time for romance with their careers taking priority.

Jesse Dixon spent eight years learning everything there was to know about terrorists’ tactics from the FBI. The only one that knows more about their mode of operations is his K9 partner, Liberty. Three years ago, Jesse was offered the coveted instructor position in the Urban Rescue division specializing in terrorist attacks at DCSRA. The best part about moving back to Texas is that he got to be near his best friend, Amanda, again. What neither of them expected is for her to be at the center of the largest terrorist threat in all of Texas history. With Amanda’s life on the line, Jesse realizes he will do whatever he has to keep her safe.

Will Amanda be able to survive the terrorists’ threats? Will Jesse be able to find all the bombs before they go off? And despite all the danger around them, will they finally realize that best friends make the best partners and give each other a real chance at love?