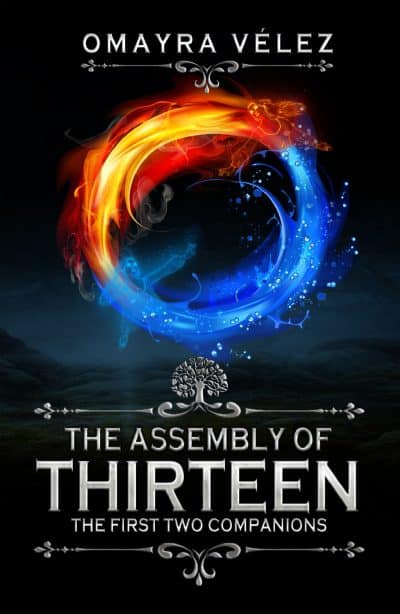 In the Five kingdoms of Quetza, four is a warrior’s number: The four companions must reunite, but one lives on Earth. Her mind is broken by death. The second companion is a murderer, pillager, and paragon of self-hatred. She believes life is no longer worth living.

In the Five kingdoms of Quetza, four is a warrior’s number, of a special group. We have four companions, four heirs to the empire, four sources of life, and four spirits of nature. The four companions must reunite, but one lives on Earth. Her mind is broken by death. The second companion is a murderer, pillager, gorgeous, cursed, and paragon of self-hatred. She believes life is no longer worth living.

Eight is a magical number. Eight hunted by the Emperor hide in plain sight. Eight can dethrone evil. Eight are the hope of the land. They are slaves, prostitutes, assassins, noblemen, smiths, and a healer, all living hidden lives; some are loved, others are hurt, many are cursed, and a few abused.

One is a lonely number. One blesses them all. One makes The Unity; One in a land of millions.

The four companions must find the eight persecuted for their magic and the one that blessed them all. These thirteen people are needed to form the Assembly of Thirteen to call a new Emperor. They bring peace, and the old emperor will call on death and war.

Rage, hate, fear, hidden intrigue, and conspiracies would rise to the surface. Ancient curses in need of cures, old scores ready to be settled, and the lives of all in five Kingdoms at the mercy of demons that walked during the day among heroes and villains make the fabric of this tale. Blood will be drawn before the first Two Companions can help form the Assembly of Thirteen and bring freedom to the Empire.

The Assembly of Thirteen: The First Two Companions is the first book in an enthralling high fantasy series. If you like ensemble casts, intricately detailed plots, and worlds filled with rich magic, then you’ll love Omayra Vélez’s epic tale.

Buy The First Two Companions to lose yourself in a world beyond your dreams today!