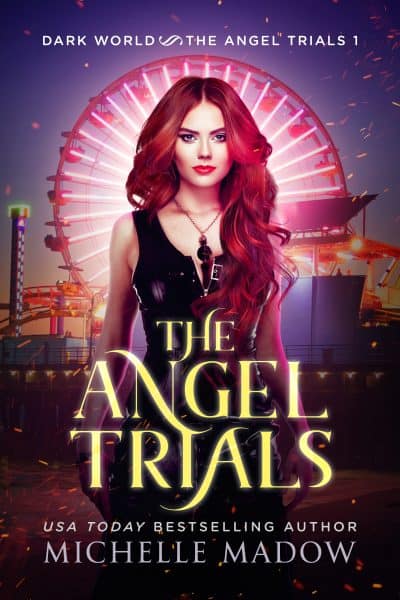 Raven Danvers has problems. There’s school. Her social life (or lack thereof). And the fact that she’s stuck working at her mom’s new age store on Venice Beach . . . even though she’s the last person who’d ever believe in magic.

Raven Danvers has problems. There’s school. Her social life (or lack thereof). And the fact that she’s stuck working at her mom’s new age store on Venice Beach . . . even though she’s the last person who’d ever believe in magic.

Everything changes when a demon attacks her on the night of her birthday. Luckily, she’s saved by Noah—a mysterious, sexy wolf shifter who appears and disappears before she can ask him any questions.

Panicked and confused, Raven returns home to yet another shock: her mother is missing. The mystery deepens when Noah arrives at her house moments later. He claims that Raven’s mother has been taken by the same demon who attacked her in that alley—and that the demon will soon be returning for Raven.

It turns out that despite his heroics in the alley, Noah isn’t particularly interested in Raven’s safety. He was only after the demon chasing her. Raven, however, needs Noah. He may be her only hope of saving her mother.

Grudgingly, Noah agrees to take Raven along on his demon hunt. He reasons that using her as bait might be his best chance of drawing out the demons.

But things don’t go as planned. As family secrets from Raven’s past emerge and the demons close in, Raven and Noah discover that there is more to the mystery than they ever imagined. The key to saving Raven’s mother and stopping the demons is a shock to both of them. With time running out, Raven must put her faith in Noah. But trusting him proves almost as hard as escaping the demons.

The Angel Trials is a *completed* series with over 6,000 reviews on Amazon and Goodreads, and millions of pages read in Kindle Unlimited. Start the journey today and experience the adventure that will keep you up late into the night binge reading, promising yourself just one more chapter!