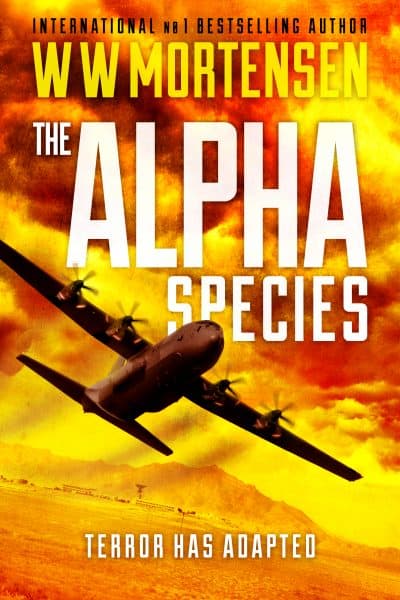 2,000 years ago, something mysterious stalked the jungles of the Congo. In Antarctica, a stunning discovery is made in 2,000-year-old ice. Now, deep in the Amazon, entomologist Rebecca Riley is about to uncover a horrifying new truth. Terror has adapted.

The electrifying sequel to the WW Mortensen bestseller, Eight.

2,000 years ago, something mysterious stalked the jungles of the Congo.

In Antarctica, a stunning discovery is made in 2,000-year-old ice.

Now deep in the Amazon, two months have passed since the incident that nearly cost entomologist Rebecca Riley her life. Separated from her companions and still dealing with the fallout, she struggles to heal and to forget, finding solace in her work.

But when her research is seized, including evidence of the greatest discovery her field has ever seen, she is lured to the States and a top-secret military facility somewhere in Nevada. There, she uncovers a horrifying truth. They’ve brought something back—something she hasn’t seen before.

A new species . . . a strange, new energy source . . . and a secret that will change human history.

A secret others will kill for.

When the facility goes offline, overrun by a force of mercenaries hell-bent on sabotaging the project, Rebecca again finds herself in a desperate fight for survival . . . and a race to save the future.

She’ll need help from old friends because the jungle had been hiding something . . . and now it’s coming for them all.

Terror has adapted. And all hell is about to break loose.