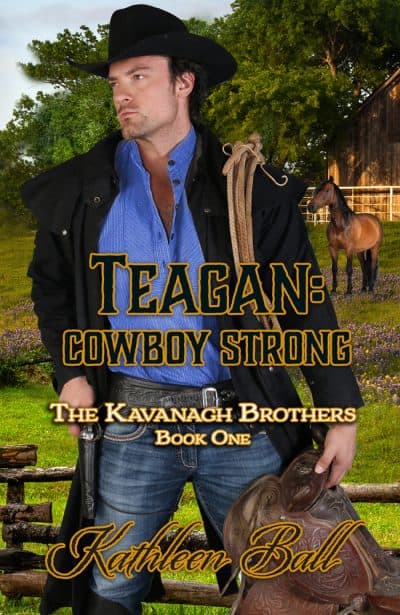 When Teagan proposed he was ordered to leave. Years later Gemma is alone. She claims he stole her land. Will family secrets ruin a second chance at love?

The day Teagan Kavanagh proposed, he was told to leave and never come back. That was before the Civil War. Now Teagan is puzzled as to why the Maguire cattle are on his ranch. He rides to their ranch and finds Gemma alone, living in a falling down house. He is further confused when she accuses him of buying her ranch and having her evicted.

Gemma Maguire held on during the war, doing without, she paid off the mortgage on the ranch. Now she’s told that her husband Richard gambled away everything she had, and to make matters worse, he was already married. Without a safe place to live, she goes to the Kavanagh Ranch.

Gemma is determined to marry a widower with children who might be desperate to overlook her mistake in marrying. She’s hoping for a marriage of convenience; she’s never going to allow another man to touch her. Everywhere she goes, Teagan is there, and she’s had enough.

Old family secrets and hard-to-believe truths keep Gemma and Teagan apart, but there is an incredible pull between their hearts. Can they have a second chance at love, or will this cowboy never get his bride?