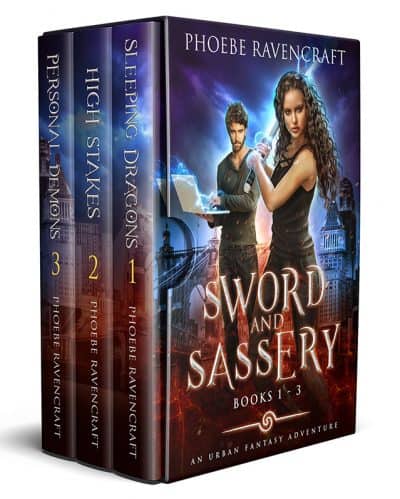 One dragon. Three vampires. A mega-ton of demons. Can a geek-girl/game-store clerk defeat real monsters?

Sassy Kincaide is living that geek life. Working at a game store, teaching martial arts, and playing D&D doesn’t make her rich, but it beats having a real job. But when she learns that fantasy stuff she loves is actually all true courtesy of a giant demon trying to murder her, she’ll need every ounce of her nerd knowledge just to live through the night.

Rescued by an irresistible, swoon-worthy half-incubus, Sassy is yanked into the secret world of the supernatural by a cryptic organization that believes she’s some sort of prophesied Chosen One. And it just keeps getting “better” when she has to face off against a dragon running for Congress, a vampire killing for sheer pleasure, and a jealous half-brother who wants to sacrifice her to a Prince of Hell.

Can the sharp-tongued gamer level up in time to avoid getting barbecued . . . or worse?