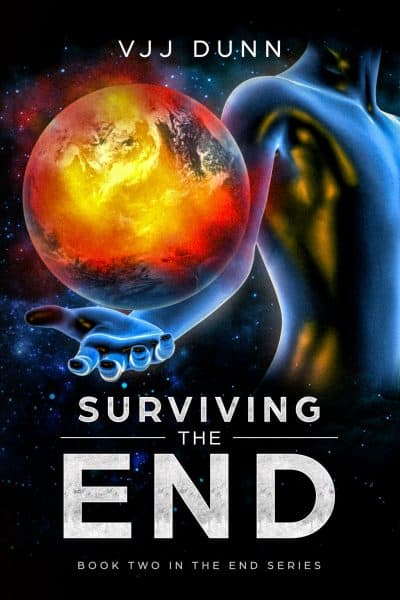 Fires, famine, floods, earthquakes, a one world order government take-over. Christians are hunted like animals during open season. Even the ancient texts hadn’t completely prepared them for just how difficult those times would be…and didn’t tell them how to survive.

This time was the end of the age.

Or, at least the slippery downward slope heading toward the end.

Nikki and Reg were trying their best to protect their growing group of survivors. Times are tough and getting tougher…

…without a doubt, they’re smack dab in the middle of the end times.

But they’re believers, Christians. Followers of The Way. They have the Lord on their side and they cling to Him like a baby grape to its vine.

The times are tough times are, without a doubt, the end times. The Tribulation.

They’d been warned about it—about what was going to happen—for years. Centuries, actually. Everything that happened had been foretold in ancient texts, some written in the years before Christ walked the earth, and some long after He had risen from the grave.

But even the ancient texts hadn’t completely prepared them for just how difficult those times would be . . .

​​If you like apocalyptic end times survival fiction, you’ll love The End Series. All books are Christian based. Due to content, this series is not recommended for children under 13.