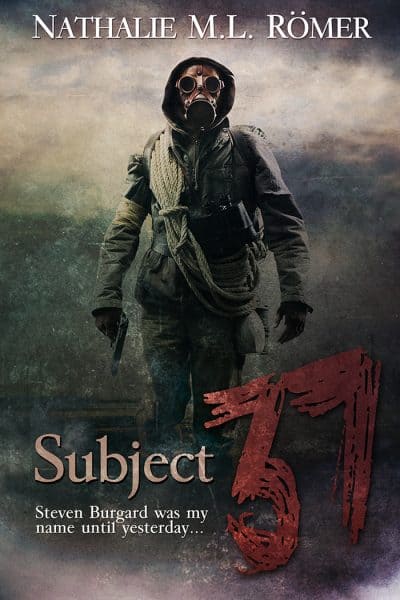 In a society of five hundred years in the future, Earth has essentially been split into two zones. The zone that is occupied by the humans of that time, called Utopus. Steven Burgard is the next Subject. His journey begins in this prequel story.

In a society of five hundred years in the future, Earth has essentially been split into two zones. The zone that is occupied by the humans of that time, called Utopus, is a clean environment, with good housing, good health care, plenty of food available. No one knows how Utopus is being able to be kept in this state.

After the Third World War of three hundred and seventy years earlier, it became the region on Earth that all the survivors went to live in. Earth’s population of the year 2512 is not as it was at the turn of the twenty-second century. The population is only one percent of the original population of just over eight billion.

Every ten years a single scientist gets sent to the polluted zone which makes up the other half of Earth’s surface. As none of the previous scientists ever returned no one in Utopus knows what actually is going on in that region simply referred to as the Zone Zero.

The story follows a man, selected as this year’s Subject, to go into Zone Zero, and to determine its current condition. He’s simply known to the survivors in this world as Subject 37. However, his name is Steven Burgard. His journey through Zone Zero is one that no one prepared him for.

Steven Burgard was my name until yesterday…!