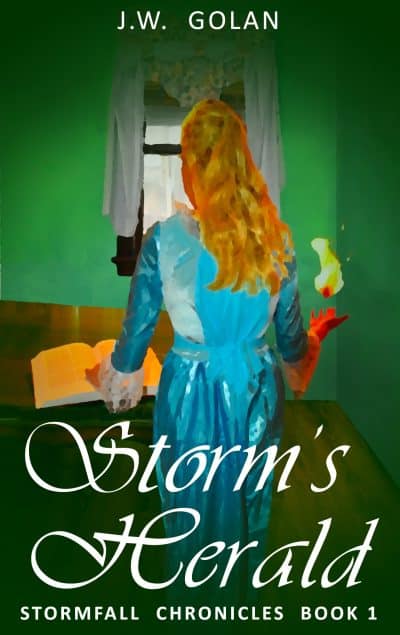 A peasant girl who dreams of becoming a sorceress, a boy who imagines himself a knight—trailed by a ruthless mercenary armed with an ancient blade.

All Lynette wanted was to leave her boring village life—to attend the Fae Academy and become a Druid priestess like her teacher before her. Her clumsy attempts at magic are a reminder of how much she has yet to learn. But if they would only accept her, if the Fae Kingdom—closed to human visitors for centuries now—would only just open its doors, she is certain she could become a master of the magical arts.

Yet her journey puts her on a collision course with a reawakened evil—offering a king’s ransom for the recovery of a long-lost relic. Treasure hunters of every variety—werewolves, mercenaries, common thieves and undead alike—are soon locked in pursuit of its promised riches. Together with Baxter, a young squire who fled his own kingdom, and Eirlon, a gnome who trades in rare antiquities, Lynette is drawn unwillingly into the hunt for the elusive relic.

Hounded by goblins, ogres—and darker things—Baxter carries his own burdens: secrets that have made him the enemy of the crown. And then there is Garth, the mysterious mercenary who both frightens and intrigues Lynette: the weapons-master armed with an ancient blade—snatched from the hand of a long-vanished fae prince.

Willingly or not, Lynette, Baxter and Eirlon must together solve the riddles behind the relic—and stay one step ahead of the ruthless killers that pursue them.