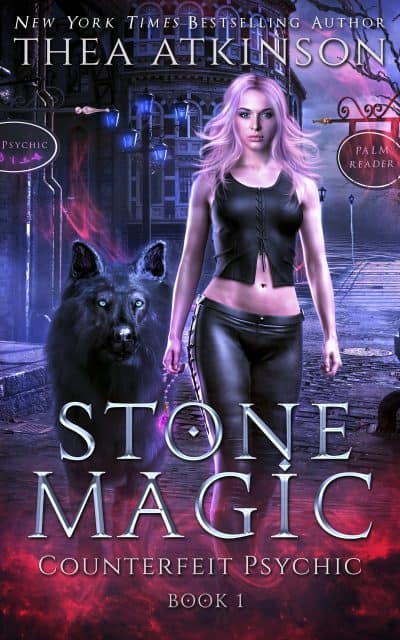 She’s a fraud. She’s a crook. But she’s no killer. Even if she’s being framed as one.

She’s a fraud. She’s a crook. But she’s no killer.

Even if she’s being framed as one.

When three well-known psychics are murdered in her city, Brie Duncan starts to wonder if pretending to be magical is such a great idea after all. She’s no witch, but she does make good money using her fake powers to read her clients’ futures. Money that’ll do her no good if she turns up dead.

So far, she’s managed to keep up the pretense, but when those self-proclaimed witches are murdered, a gruff detective suggests she might be involved. She fears she’s about to get busted. Unfortunately, his reasons for being there are far worse than she imagines.

Since she’s a member of the psychic community, he thinks she should be able to provide some insight into the murders and the victims.

The trouble is, all the evidence seems to point in one direction, and unfortunately for Brie, those roads all lead to her . . .