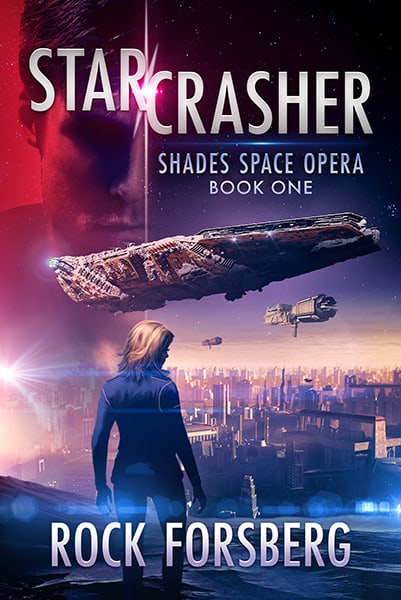 Tredd Bounty, a Dawn Alliance Navy reject turned bounty hunter, takes on a dangerous mission to find and capture the mysterious Starcrasher device, rumored to have the power to move the stars themselves. Can Tredd reach the device in time to save the galaxy?

A flat-broke captain. A deadly cosmic device. It’s his time to save the universe.

Tredd Bounty’s life hasn’t been the same since he was kicked out of the Navy. And bouncing between shady jobs and risky missions barely keeps a roof over his head. So when he picks up a rich gig to capture a deadly device that could tear the stars apart, he keeps his incredible power at the ready: the ability to stop time itself.

With his eccentric team of misfits by his side, Tredd flies up against an old sweetheart, a vindictive former commander, and a shadowy force racing toward the same artifact. As they hunt for the extreme weapon, the captain uncovers a dangerous secret that could send them crashing into a fiery supernova. It’s a good thing Tredd isn’t the only one with hidden abilities.

Can Tredd reach the device in time to save the galaxy?

Starcrasher is the first book in the exhilarating Shades Space Opera series. If you like gritty heroes, alien encounters, and paranormal powers, then you’ll love Rock Forsberg’s action-packed novel.