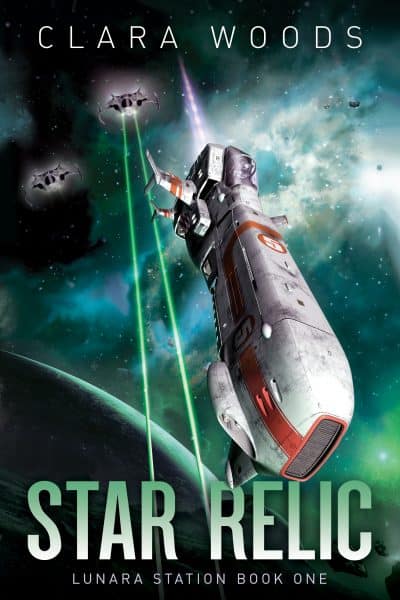 A stolen relic. A potent secret. Lenah Callo had a plan . . . The galaxy had another.

Lenah strives to pilot a spaceship, but her highborn station won’t allow it.

Caught up in her father’s secrets and lies, she decides to take matters into her own hands, relying on her inexplicable gift to control what others think.

But nothing goes as planned, as she steals an old smuggler’ ship and her gift fails her. Things get worse when a mysterious cyborg snatches her craft and kidnaps the rookie pilot.

Forced to fly to a dubious planet, Lenah discovers an artifact on board that could unleash galactic catastrophe. As a chase for the artifact’s secret begins, can Lenah and the cyborg work together and take down a powerful evil to protect humanity?

Star Relic is the first book in an action-packed space opera series. If you like futuristic worlds, fascinating characters, and extraordinary quests, then you’ll love Clara Woods’ world-spanning saga.

Get Star Relic to embark on a cosmic crusade today!