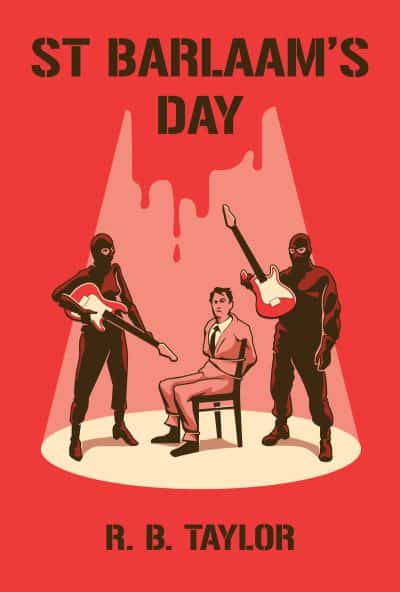 A young rock’n’roll band turn rock’n’roll outlaws when they kidnap and ransom the powerful director of a secretive, right-wing think tank.

“A fresh, funny black comedy with something to say about contemporary society. Savage in its wit, and refreshingly non-PC . . . outlandish originality.” —Variety

A young rock’n’roll band turn rock’n’roll outlaws when they kidnap and ransom the director of a secretive, right-wing think tank.

Such a simple plan . . . On St Barlaam’s Day, heavily in debt and desperate to replace their stolen equipment, a young rock’n’roll band hatch a plan to kidnap Ivor Greenwood, the secretive director of a powerful right wing think tank.

What could possibly go wrong? No one wants to pay the ransom for starters and Greenwood has friends in very high places, anxious for his return. And powerful enemies who would happily see him dead.

Throw in a stolen Ferrari and a missing bass player; a dogged Welsh police constable and a Russian waste-management oligarch; and MI5, the Kremlin, and a thumb drive incriminating half of Her Majesty’s Cabinet. And not forgetting the £1.5 million ransom in crisp new twenties, and the result is outrageous, dangerous, and downright hilarious.

“I’ve seen the future of rock’n’roll and its name is . . . St Barlaam’s Day.” —Rolling Stone magazine