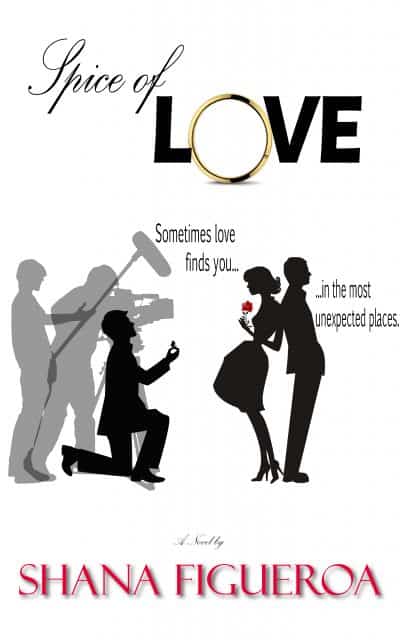 When journalist and widowed single mom Geni goes on a reality dating show to get the scoop on this season’s famous bachelor—and break out of her years-long funk—she finds herself falling in love . . . but not with the bachelor.

Still reeling from the death of her husband three years ago, journalist and single mother Geni Costa is less than thrilled when, through a stroke of strange luck, she scores a spot on the reality dating TV show The Spice of Love. She accepts the opportunity anyway, hoping a big scoop on this season’s rich, mysterious bachelor will earn her a desperately-needed promotion and raise so she can afford a better life for her daughter. Besides, finding true love on a reality TV show is impossible . . .

Blaise Moreau has had it with his job as head producer of The Spice of Love. Embroiled in a messy divorce and unable to see his beloved son, he can barely muster enough energy to promote the “true love” and “soul mate” baloney he used to believe were real. Blaise is desperate for an easy, boring season . . .

Too bad he let Geni Costa on the show.

The feisty single mother blows up one date after another. As Blaise scrambles to pick up the pieces and salvage the show, he feels himself irrationally drawn to her . . . but she’s supposed to fall in love with the bachelor, not him. And for Geni, what began as a financial opportunity turns into something more when against all reason she finds herself falling in love—but with the bachelor, or the head producer?