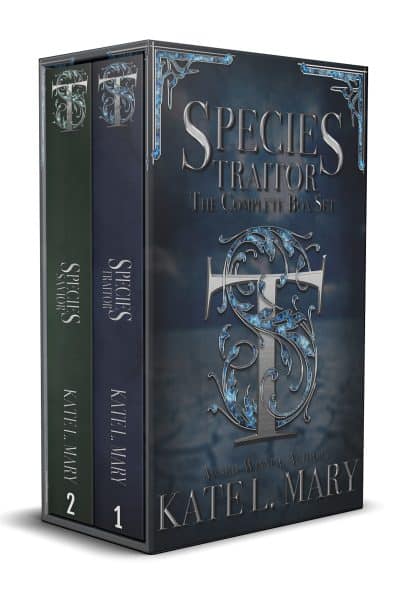 My name is Ava Mendoza, and I am a species traitor.

They came hoping to find a new home after their own planet was destroyed, but Earth was dying as well, and most humans saw their arrival as an invasion. Now, two decades later, the Veilorians have been banished to the District, a fenced-in area on the outskirts of the last known livable land on Earth. Most people do their best to pretend they don’t exist, but not everyone. There are humans, like my cousin, who see them for what they are. Despite the threat of disownment, she married a Veilorian, and now she, too, lives in the District.

Even before I met Finn, I was determined to stand up for what was right, but from the moment I laid eyes on him, we had a connection I’ve never experienced before. But with the election of a new and radical mayor on the horizon, tensions are high, and people are calling for change. They want to make my cousin’s marriage illegal and punish any human who goes into the District, but I refuse to back down from this fight. No matter the cost.

“This was much more than a sci-fi-dystopian-romance for the reader. This tale played on every emotion you can think of. My mind was a whirlwind of emotional turmoil.” – Amazon Reviewer ★★★★★

“This book captured my imagination with Kate’s creative story telling and her ability to make you root for the characters.” –Amazon Reviewer ★★★★★

“I remember Mary saying this story would be so much more than just a love story. And it was. It was beauty and raw emotions. It was heartbreaking to the point of tears. But Mary crafted a glorious bandaid in the form of words and amazing characters to mend my heart over and over again. I was absolutely addicted to this book; to Finn and Ava. And I was desperate for it when I wasn’t able to be in it.” –Amazon Reviewer ★★★★★

“Species Traitor has been one amazing journey into a whole new world of aliens and humans trying to stop the hate and bring the two species together.” –Amazon Reviewer ★★★★★