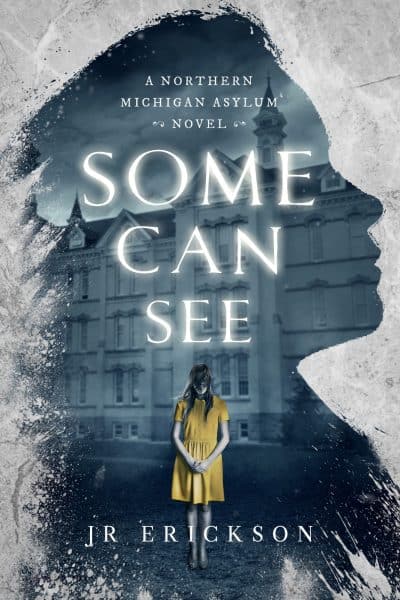 Some Can See (A Northern Michigan Asylum Novel Book 1)

A deliciously creepy tale of long forgotten secrets, murder, and the Northern Michigan Asylum for the Insane. Do you believe in ghosts?

The dead have stories to tell. Are you listening?

On a sunny August morning, in 1935, thirteen-year-old Sophia Gray finds her friend, Rosemary, wandering in the woods. Rosemary’s yellow dress is tattered and stained, she walks with a strange lurch, and her eyes are vacant and glassy. She beckons to Sophia, desperate to show her something, and Sophia follows.

In an abandoned cabin, beneath a tattered blanket, Sophia discovers Rosemary’s body.

It was not Rosemary who led her there, but Rosemary’s ghost.

Step into the Northern Michigan Asylum for the Insane.

Twenty years after Sophia discovers Rosemary’s body, she finds herself trapped in the sprawling and eerily beautiful Northern Michigan Asylum for the Insane, in the hands of a malevolent doctor who preys on patients who exhibit paranormal abilities.

In present day 1965, Hattie, much like her mother, thirty years before, is led by a ghost. A newspaper hidden in an attic reveals a secret that has shaped the lives of Hattie and her siblings. Hattie and her sister, Jude, embark on a crusade to remedy the wrongs of the past and discover the tale of deception that stole their mother a decade before.

Hattie and Jude are in a race against time to discover a murderer and save their mother from a horrific fate.

Get lost in a uniquely chilling story that spans the life of a family and the ghosts who haunt them.