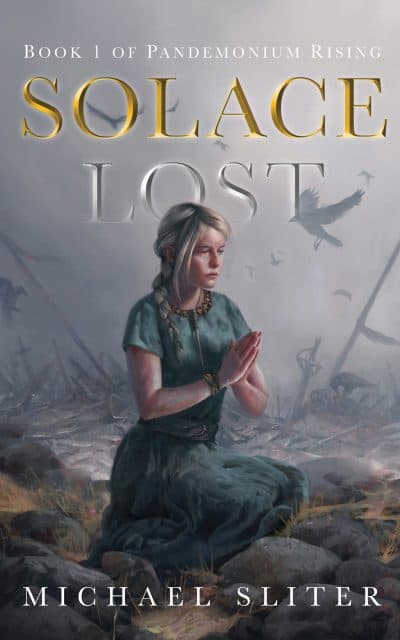 A guardsman-turned-criminal, a gifted girl working at a crossroads inn, a handmaiden to a great lady, and a demi-human struggle to survive politics, religion, and civil war in this grimdark fantasy novel.

During times of war, no one goes unscathed. By Ultner, even in times of peace, few can escape suffering. Ardia is on the brink of civil war, though most citizens are woefully unaware of this fact.

Fenrir de Trenton, a disgraced guardsman-turned-ineffective-criminal, is accustomed to taking orders. So much so that, despite the danger, he finds himself neck-deep in the politicking of his current superiors as well as the rulers of the country. The fact that Fenrir’s father would rather see him dead doesn’t help matters.

Emma Dram, a handmaiden of the great Lady Escamilla, hates Fenrir with a fiery passion and with good reason: he lopped off most of her hand. Nonetheless, she finds herself in close proximity to her former lover as she seeks to serve her lady liege in fomenting her own rebellion.

Hafgan Iwan is a Wasmer, a race reviled by humans, who serves the same masters as Fenrir. His efforts to assimilate with human culture only earn him the derision of his own race, and he seeks to find belonging amidst the escalating conflict.

Meanwhile, Merigold Hinter, a serving girl with an unusual power, lives a simple existence, hoping for love, for adventure, and to see the world. Her life should be untouched by political maneuvering and war. However, her world becomes a crucible—how much can one woman bear before breaking?

A story of love lost and family destroyed, of bigotry and belonging, of suffering and strength, and of religion and magic, Solace Lost grows from a character-driven tale to something grand in scale, perhaps even involving the gods themselves.