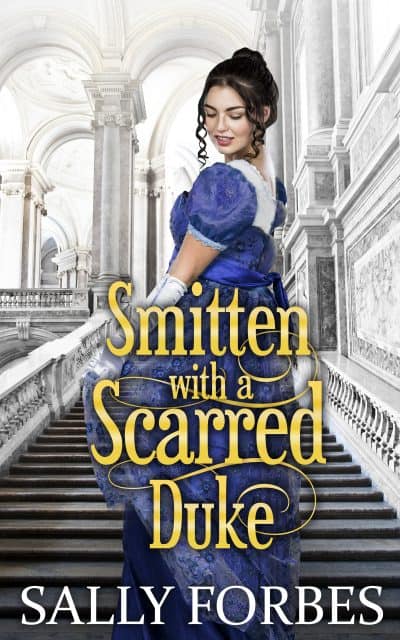 Smitten with a Scarred Duke

Can a beastly appearance give way to beautiful attraction?

Can a beastly appearance give way to beautiful attraction?

Lady Amelia Worthington is the only daughter of the Earl and Countess of Ereswell. Two years ago she was madly in love and betrothed to the handsome Marquess of Alwood. But one tragic night, the Marquess was killed in a highway robbery. Amelia is left heartbroken and overcome with grief. She has spent the last two years in the countryside with her parents. But her life is turned upside down when her father informs her they will be returning to London.

Roger St. John, the Duke of Norfield, has spent the last eighteen months grieving the loss of his beloved father. He is haunted by the night their country estate was set on fire. He did everything he could to save his father and has been left with many scars that remind him of that fateful night. Roger is stunned when it is revealed in late father’s will that he is to marry the daughter of the Earl of Ereswell.

At first, Amelia and Roger try to fight against their arranged marriage, but as they spend time together a special bond forms between them. Meanwhile, an enemy lurking close to home is set on destroying them both.

A clean and sweet historical novel with happy ever after.

If you are interested in the Regency era, do not miss the chance to add this to your library!