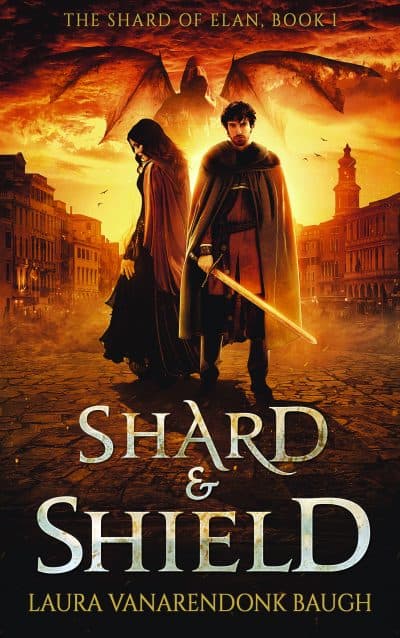 He can save her life—if he sacrifices those he swore to protect. Duty is all to Shianan, an outcast soldier fighting a magical war. When his only friend is trapped across an interdimensional rift, he faces an impossible choice. Oh, and someone’s trying to kill him.

He can save her life—if he sacrifices himself and those he swore to protect.

King’s bastard Shianan Becknam buries himself in his military career to avoid the family that never wanted him and the dangers of drawing political attention. When the artifact intended to end an interdimensional war is damaged, the mage Ariana is trapped on the other side of the rift with her servant—only the cheery young boy is really one of the monstrous enemy, disguised as a human. Shianan is desperate to rescue Ariana, one of his few friends, but to do so requires committing treason and betraying his duty, leaving his people open to attack.

State mage Ariana struggles to survive as a prisoner of war in a world of deadly magic and unfamiliar customs. Her only ally is her former servant, now a renowned warrior caught up in political machinations. To survive, he’ll have to once again take up the fight against Ariana’s world.

As their people’s wasted armies prepare for fresh battle that will devastate both sides, bastard, mage, and monster must set aside prejudices and rivalries to find an end to centuries of conflict, before they die as traitors.

Book 1 in a new epic fantasy series, recommended for fans of Patrick Rothfuss and Brandon Sanderson.