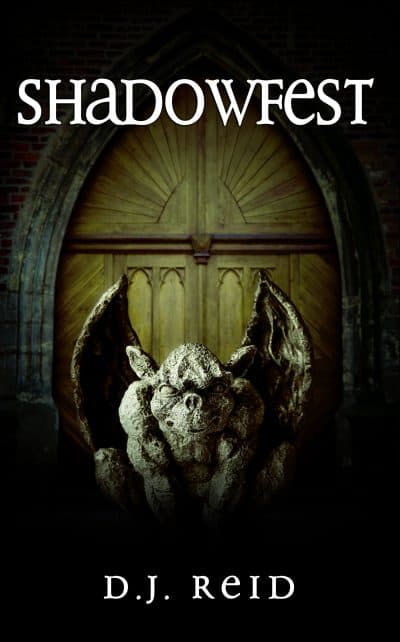 It’s Summer’s End in the Holy City, where nobody and nothing are quite what they seem. Brona the Apothecary and Aurelian the Investigator set out to hunt down a murderous ghost, but Death may be the least of their worries.

It’s Summer’s End in the Holy City. The border with the Otherworld is razor thin. Malevolent ghosts, creatures of horror, and mythical monsters roam.

Brona the Apothecary and Aurelian the Investigator set out to hunt down a vengeful spirit. But an elemental Mage is plotting to seize power and, in this dark fantasy conspiracy, nobody and nothing are quite what they seem.

Brona is a suspect. Someone has murdered a Temple Guard. Someone who looks like her. She determines to catch the culprit. There are nine days till Shadowfest—the Night of the Spirits. Not the best time to be tracking malevolent ghosts. But who can match her secret powers in a City where elemental Mages once ruled but are now banned?

Aurelian has his own powers and is also haunted by the past. He’s sworn to defend the Temple’s spiritual values and to rid the City of murderers, monsters—and Mages.

On the same date nine years earlier, Morven’s joyful coming of age turned to tragedy and she was forced to flee for her life from the Mages’ Citadel. Her quest for revenge will come back to haunt everyone.

And Death may be the least of their worries.

Cassian also hides his secret elemental Mage identity in the Holy City. He is summoning evil spirits and mythical monsters to commit a series of dark magic murders. At Shadowfest, he will bid for supreme spiritual power and immortality.

Brona is facing death at the stake as a suspected witch. But that’s not the worst of it. She may have to call on someone for help. Someone she hoped never to hear from again . . .

If you enjoy paranormal mystery and suspense, urban fantasy mage adventures, or dark ages historical fiction, join us in this epic journey into the Celtic twilight.