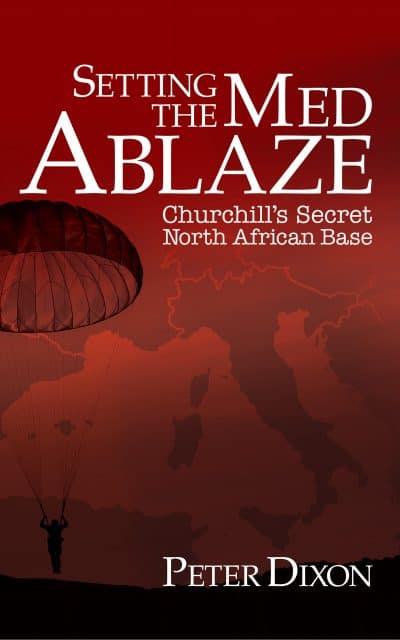 Discover how the men and women of Churchill’s secret North African base spearheaded undercover operations in Churchill’s “soft underbelly of Europe.”

It was Christmas 1942. Eleven young women braved the attentions of Nazi U-Boats in the deep Atlantic on their way to North Africa. About to play their part in defeating Hitler, they called themselves the First Eleven.

According to Winston Churchill, the Mediterranean was the key to defeating the Third Reich. And a crucial part of undermining Fascist power in Italy, France, and the Mediterranean islands would be subversion and sabotage. But the undercover fighters needed a springboard to spearhead their operations in the “soft underbelly” of Europe.

Those young women joined heroic soldiers, sailors, and secret agents at the Special Operations Executive’s new North African base. Code-named Massingham, it was hidden away among pine trees by a Mediterranean beach. SOE, America’s OSS and the French intelligence agencies worked together to undermine cruel regimes.

This is the remarkable story of Massingham. Its life was short. Less than two years after its formation, its multinational job was done. British, American, French, Italian, Spanish: together they played a key role in the Second World War.

Alongside the espionage of MI6 and the strategic deception of “A Force,” Massingham’s men and women launched covert operations at dead of night by parachute, by submarine, and by canoe, easing silently on to a deserted beach.

In the tradition of Antony Beevor and Ben Macintyre, this book reveals an aspect of WW2 history that has remained hidden for far too long.