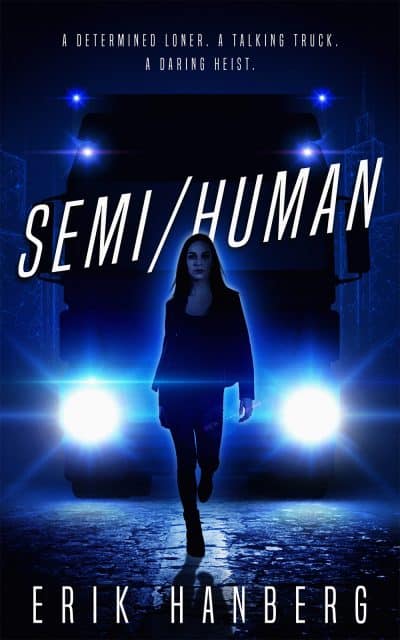 Robots are in. Humans are out. Can one teenager steal her way to a better future?

Robots are in. Humans are out. Can one teenager steal her way to a better future?

Pen Davis just lost her internship to a robot. As supercomputers take over all the jobs in the world, the lonely teen doesn’t see a future. Desperate to escape the coming robo-pocalpyse, she devises a plot to steal millions from her former boss. It’s payback for laying her off, and the only way Pen can see to scrape together enough cash to survive.

But her plan takes a crazy turn when she fumbles the hijacking of a self-driving truck and accidentally sets it free.

Stuck with a semi who practically wants to be her little sister, Pen tries to make the best of it. She uses the semi to rescue quiet James, who is interested enough in her that he’s willing to join her crew, even though he’d prefer not to do anything actually illegal. When she convinces James and the truck to help her, the plan fails spectacularly and her mismatched team is torn apart.

Will Pen claim the riches of her dreams, or will a unique friendship give her something money can’t buy?