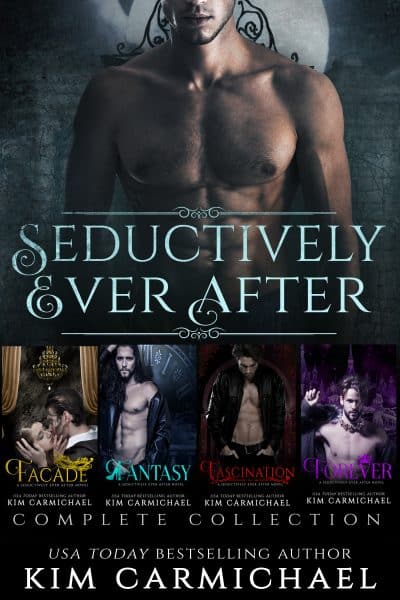 Seductively Ever After Complete Box Set

The 4 members of the rock band Spectre had everything. But then an explosion on stage injures and deforms three members and kills the fourth. Nothing will ever be the same . . . Enjoy the Seductively Ever After Collection, including the finale, exclusively in this set!

Once upon a time, the four members of the superstar rock band Spectre had everything. Filling stadiums to capacity and churning out hit after hit, nothing could stop them.

When an ill-fated special effect blows up their stage, it leaves three members of Spectre maimed, injured, and deformed, and one dead.

The only thing certain was nothing would ever be the same.

Over a decade later, one by one, they slowly start to come out of the shadows and live their lives, learning that what is on the outside is merely a façade: a fantasy is possible, and there will always be fascination and a new meaning to the word forever.

It’s time for their happily ever after.

Each book in Seductively Ever After is inspired by a beloved fairy tale brought into modern day with a twist. This box set contains all four books in the collection.