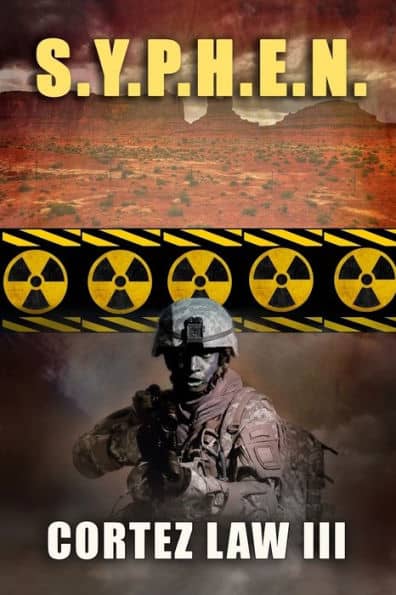 In near future Sin City, Lincoln Boddies and his friends enjoy a little R & R. Then he sees a woman. He doesn’t perceive her as a threat, but something about the woman is off-kilter.

In near future Sin City, Lincoln Boddies and his friends enjoy a little R & R. Then he sees a woman. He doesn’t perceive her as a threat, but something about the woman is off-kilter. Soon after, he recalls the face and realizes that she might hold the key to solving a personal mystery. Yet when he utilizes his psychological insight to generate a behavioral listing to profile what she and the appearance of her male suitor wear, act and whisper about, so only the two of them can hear, though not a perfect checklist unease still courses through him. The conclusion: He believes he’s staring at a pair of potential suicide bombers.

As his suspicions grow, he enlists the assistance of those friends that refer to themselves quite simply as, The Unit. The uncertainty of the possible catastrophe in the making leaves The Unit doubtful of any imminent threat and some doubtful of Boddies’ leadership. Evidence to the contrary, The Unit’s surveillance leads them to both old and new Islamic enemies of the state with a diabolical plan to destroy America.

However, what lies ahead unbeknownst to them all encompasses a terrifying doomsday scenario. Despite the military and terrorism training and combat against each other around the globe, nothing may help the Delta Force, Al-Qaeda and the Islamic State of Iraq and ash-Sham or ISIS members to conquer this newest enemy and defy their inescapable trap. Moreover, there may be no survivors left to stop the S.Y.P.H.E.N.