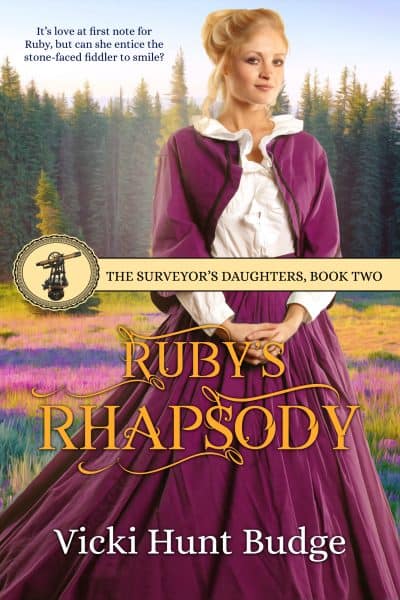 Ruby Gardner plays the organ with gusto! One Saturday night, when the town organist doesn’t show, Ruby volunteers to accompany the stone-faced fiddler at the dance. Will Ruby and her fast-paced music entice that fiddler to smile and help him love and laugh again?

Ruby Gardner plays the organ with gusto, but only in the privacy of her own home with family around. When the handsome schoolteacher and fiddler moved to town, Ruby fell in love with him, and his music. Now, nearly two years later, the aloof fiddler still doesn’t know she exists.

There’s only one thing that Nathan Banks loves more than teaching children, and that’s playing fiddle at the Saturday night dances, accompanied by Mr. Jones, the town organist. But some tragedy or heartache in Nathan’s past torments him when he fiddles, and he’s gained a reputation as the stone-faced fiddler.

One Saturday night, when the organist doesn’t show, Ruby volunteers to accompany Nathan at the dance. Will Ruby and her fast-paced music entice that stone-faced fiddler to smile and help him to love and laugh again?

Ruby’s Rhapsody is a story of music, friendship, and the possibility of something far greater.