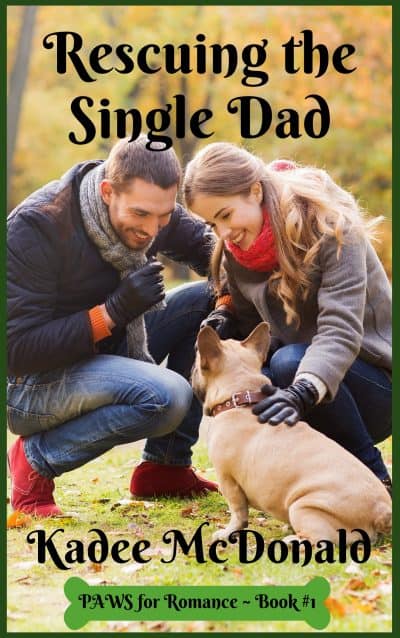 Will Erin and Jason find their “forever homes” in each other’s hearts?

As the director of PAWS, the “Pearson Animal Welfare Society,” Erin Pearson stays busy helping stray and surrendered pets find the “forever homes” they deserve. The small-town animal shelter was the life’s work of her beloved grandmother, but when a million-dollar donation to a new building project is embezzled, Erin fears the scandal will be the end of PAWS.

The drive up from San Antonio to the beautiful Texas Hill County to adopt a dog for his daughter is nothing more than an inconvenience for financial advisor and single dad, Jason Blaine. That is, until he meets the lovely director of PAWS. When Erin later asks for his help in tracking down the consultant who made off with the donation, Jason couldn’t say no even if he wanted to. Erin is warm and approachable . . . everything his late wife, Valerie, wasn’t. But Jason is sure that Valerie’s wealthy parents won’t hesitate to sue for custody of their granddaughter if he starts dating again and not devoting every spare minute to being a dad.

Will Erin and Jason track down the missing million in time to save PAWS and her family’s good name? Caught between the fear of losing his little girl and the hope of a promising new romance, will Jason allow Erin to rescue him, too, even though he only has two legs instead of four?

Rescuing the Single Dad is book #1 in the clean contemporary romance series, PAWS for Romance.