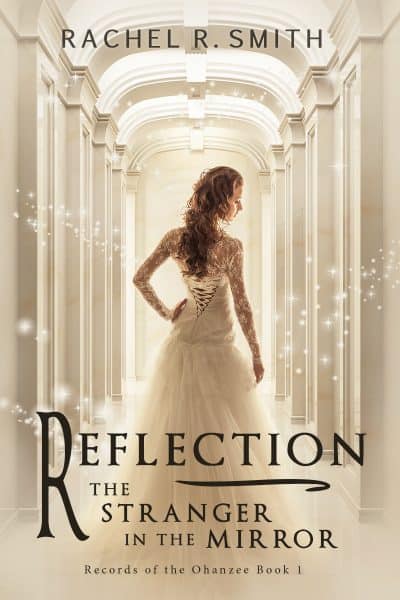 Reflection: The Stranger in the Mirror (Records of the Ohanzee Book 1)

A stolen throne, a defiant princess, and an ancient prophecy about to unfold. On the night of the masquerade, Nerissa’s life will change forever . . .

An Heiress, an ancient prophecy, and a masquerade . . .

The night of the masquerade celebrating a thwarted assassination attempt on the Royal Family is swiftly approaching, and this year Nerissa has a plan. Ever since she was named Heiress of Chiyo, she has wondered whether others like her for who she is or for the title she holds. On this one night, she can be free of her royal role and enjoy the revelry in blissful anonymity. All she needs to do is feign illness, return to her room to change into a second costume she’s prepared in secret, and then slip back into the party unrecognized.

She doesn’t know that a warning of another assassination attempt is on its way to the capitol.

She doesn’t know that a prophecy, hidden away for centuries, has just been rediscovered—and the events it foretells are already in motion.

She doesn’t know that an ancient power, lost for so long that the memory of it has been forgotten by the ages, is about to reawaken.

She doesn’t know that the real masquerade is only beginning.

Reflection: The Stranger in the Mirror is Book 1 of 4 in the first story arc of the Records of the Ohanzee series, which is written in a serialized style with a story line that flows continuously between books.