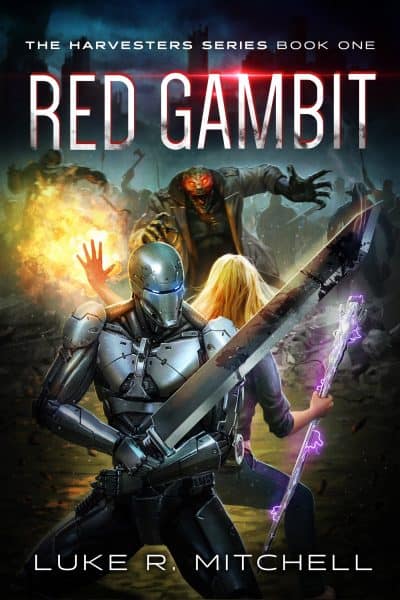 Big hearts and even BIGGER swords abound in this riveting sci-fi tale of smart-mouthed heroes, bloodthirsty aliens, faulty property law, and what might just turn out to be the second coming of the apocalypse. Buckle up for a wild ride!

Okay. So maybe times were tough. But he’d survived the raknoth invasion. He had his ship. He had his prized exosuit. He had a life . . . Until those red-eyed pricks stole it.

Now, he’ll stop at nothing to get it back.

The only problem? His sole lead is imprisoned in a raknoth stronghold. And when a blonde arcanist named Rachel shows up, throwing around grown men with telekinesis and staking claim over the same prisoner, Jarek has little room to argue. Not when teaming up may be the only way to get out alive.

One thing’s for certain: Jarek didn’t sign up for this crap, and neither did his fiery new friend. But together, they might just be strong enough to take back what’s theirs. And maybe even save the world while they’re at it.

You know, assuming they don’t kill each other first . . .