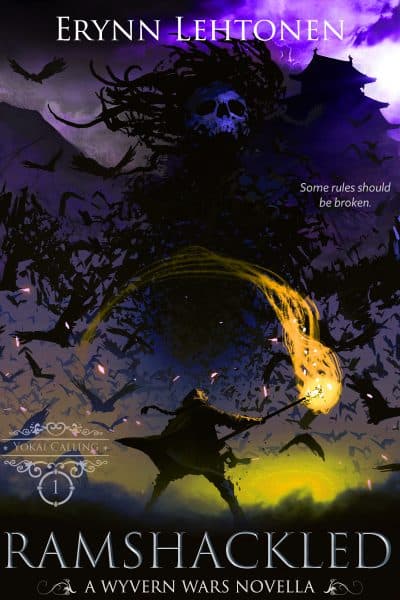 Hidekazu and Masanori Genshu were forbidden from fighting for what they thought was right. Now they have no excuse to look the other way.

Some rules should be broken.

The dragons are gone, but their ki remains within the fabric of the world, and only those with the knowledge to access it might use its power. For centuries, the Genshu family has supported the Seiryuu Emperors, Empresses, and Shoguns during periods of war and prosperity. Now they would see their line of warriors and majyu put to an end.

But twin brothers Masanori and Hidekazu Genshu have other plans.

To the eye of the public, they dutifully follow their parents’ demands and don’t learn how to fight. But in the early hours of the morning, far from home, they practice in secret. Until the day Tsukiko City is attacked, a woman is kidnapped, and life returns to normal without a second thought.

The day Masanori and Hidekazu realize they can’t sit on the sidelines any longer.

Masa and Hide’s journey begins in Ramshackled, the first of four novellas prefacing the Wyvern Wars series: an epic fantasy adventure inspired by selections of Japanese mythology and folklore.