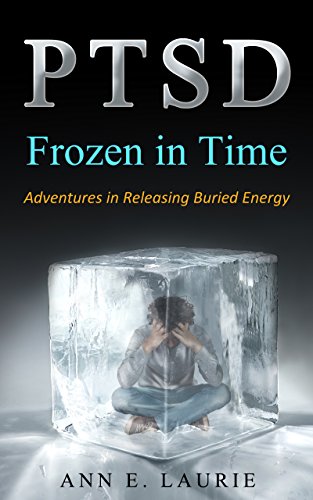 After twenty years, my PTSD meds stopped working and all my symptoms returned. In these thirty-three essays, I’ve written of my adventures in pursuit of healing with non-traditional medicine as well as general thoughts on related issues.

For over twenty years, my PTSD symptoms were sufficiently controlled by medication such that I could sleep at night, keep a job, and live a relatively pain-free life. It was also a life of isolation, alienation, dissociation, hypervigilance, and despair, but you can’t have everything. I was in talk-therapy with psychiatrists during this period as well.

In my late-forties, the meds slowly but surely stopped working, and every symptom I experienced in my twenties returned—from insomnia to severe physical pain without organic cause to unpredictable cycling between hyperarousal and dissociation. The trauma energy that flooded me in childhood, when I could neither fight nor flee, remained within.

I was prepared to do just about anything to release that buried energy since it came to manifest in physical pain so severe, it sometimes left me gasping for breath. I had to take action, and inexpensive action at that, since I’d been on a limited budget after losing my job in the recession of 2008.

In these thirty-three essays, I’ve written of my adventures in pursuit of healing my PTSD with non-traditional medicine as well as general thoughts on related issues.