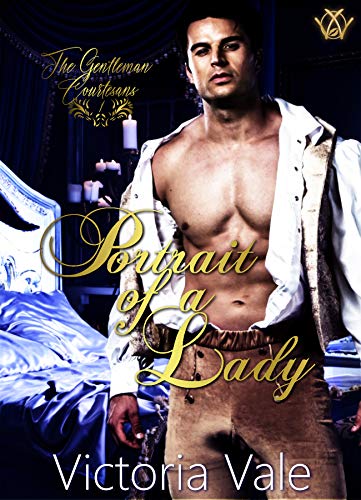 Portrait of a Lady (The Gentleman Courtesans Book 1)

Will newfound happiness end when their arrangement does, or will what began as a matter of lust and convenience lead to true and lasting love?

Book 1 of 5 in The Gentleman Courtesans Series

Miss Evelyn Coburn refuses to die a virgin. At the age of five-and-twenty, she has never even been kissed properly. Upon receiving her inheritance, she decides to investigate rumors of a secret London agency which provides the services of male courtesans. Someone to teach her the secrets of the bedchamber and do away with the nuisance of her maidenhead is all Evelyn anticipates from such an arrangement.

The Honourable Hugh Radcliffe is in dire financial straits after being disowned by his family for pursuing a career as a portraitist. When he’s asked to go into business to form The Gentleman Courtesans, he agrees, needing the income until his work is accepted into the Royal Academy of the Arts’ annual Summer Exhibition—an event that could earn him the exposure needed to launch him to fame.

The arrangement with Evelyn is only supposed to be temporary, and Hugh is determined for her to be his last paramour. But when physical attraction evolves into a deeper connection, she becomes the muse for his greatest work of art yet. With their affair coming to an end, Hugh will be forced to acknowledge that Evelyn is the key to his success as well as his joy.

Will their newfound happiness end when their arrangement does, or will what began as a matter of lust and convenience lead to true and lasting love?