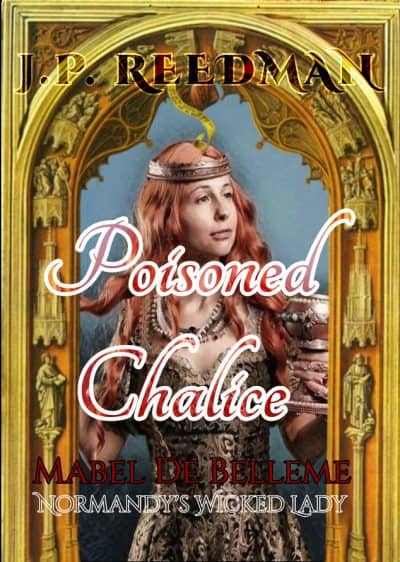 Mabel de Belleme—Norman noblewoman, mother of many . . . poisoner who played a deadly game of chess with her enemies’ lands and castles.

Mabel is the daughter of William de Belleme, known as Talvas, the Hard Shield, for his fierceness in battle . . . and at home. When William murders Mabel’s mother, he is expelled from his castle into exile—but Mabel follows him loyally, despite what he has done.

As the Belleme fortunes gradually return, Mabel is married to an upstanding young lord, Roger de Montgomery, a close friend of the new Duke of Normandy—William, who will one day become the Conqueror of England. Their marriage appears to be successful, with many children, but Mabel remains her father’s daughter in temperament and spirit, and soon her reputation becomes fearsome.

Castles and lands are collected like pieces on a chessboard, and those who object to her harsh tactics are dealt with, not by the sword but by Mabel’s secret means. When Mabel plays her game, she seeks to win at any cost.
But when she crosses Hugh Bunel, kinsman of a man she has killed, Normandy’s wicked lady may have met her match . . .